Sleep and Athletic Performance in the NBA

Sleep is a critical determinant of health and wellbeing. The recommendation for young adults and adults is 7 to 9 hours per night according to the National Sleep Foundation; however, at least one third of the general population gets less than seven hours of sleep (Hirshkowitz et al, 2015). Insufficient sleep is associated with suppression of energy expenditure, increased appetite and snacking, increased risk for weight gain, and decreased overall health. In the context of athletics, sleep is often overlooked when considering its impact on athletic performance. Lack of adequate sleep can contribute to impaired memory, reduced alertness, increased irritability, and increased risk for injury. There is little evidence supporting a specific influence of one particular sport on sleep; however, it’s been suggested that sleep disorders may be more common in strength/power and contact sports (Nedelec et al, 2018). Training and competing in a sport at a high level is not an easy task and it is notoriously accompanied with high physiological and psychological demands. In balancing the day to day of training and competition schedules, maintaining consistent sleep patterns may be difficult and this may negatively impact performance.

Previous observational studies have identified a positive association between sleep and sports performance in small cohorts of athletes, but have focused on isolated components of performance (strength or speed) rather than game performance, and compared across groups rather than intrapersonally. In a recent study of 112 players from the National Basketball Association (NBA), Jones et al (2019) aimed to address some of these limitations by assessing sleep and game performance in a high-stakes setting of elite athletes. 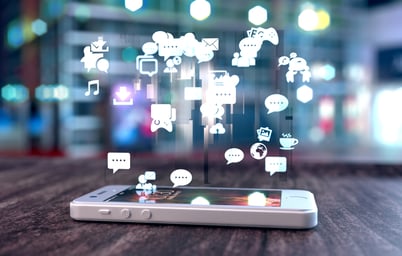 It has been previously demonstrated that mobile device use at bedtime is associated with inadequate sleep duration, poor sleep quality, and increased sleepiness (Carter et al, 2016); thus, in this present study late-night Twitter activity was used as an indirect measure of sleep restriction. Time-stamped social media activity and in-game individual performance statistics were assessed for players who maintained an active verified Twitter account between 2009 and 2016. Late-night tweeting activity was characterized between 11:00 pm on the night prior to a game and 7:00 am on game day. Both desirable and undesirable performance variables were assessed including total points scored, shooting percentage, rebounds, turnovers, and fouls.  To avoid potential confounding variables such as jetlag, analysis was assessed geographically with players from the east coast playing games on the east coast, and the same for players on the west coast.

One limitation in this study is that late night tweeting is only a proxy for sleep deprivation; thus, it cannot account for total sleep duration or quality directly. However, it is unlikely that a randomized, controlled experiment would ever be conducted involving the disruption of sleep in professional athletes before a game. The results suggest that late-night tweeting (compared to not late-night tweeting) is associated with reductions in next-day game performance. Additionally, as suggested by Jones et al (2019), in the context of team dynamics, it would be interesting to assess an aggregate measure of “team sleep” and its implications on performance in future analyses given the interdependency required for success.

These findings may be applicable to other sports and populations in predicting adverse outcomes. Sleep is not only an important measure of health, but also a predictive measure for performance.

Have questions? Please feel free to talk to an Athlete Training and Health Performance Coach or Brett Singer, Sports Dietitian MS, RD, CSSD, LD with the Memorial IRONMAN Sports Medicine Institute.  Brett can be reached at brett.singer@memorialhermann.org or can be found on Twitter at @bsinger10.