“The greatest pleasure in life is doing what people say you cannot do.”

Can you recall a time you made an impact on an athlete? How did it make you feel?

It was one of the best feelings ever! I had been working with our 8-12 age group when we had a new athlete join our class. He was super eager and wanted to “lift heavy weights!”. Now, in this age group, we have a wide variety of ability and at the time I wasn’t comfortable letting him add weights to his bar. This didn’t go over well with him; he was just so eager to do what everyone else was doing. But I told him to trust me, this was just day one, I told him if he kept coming in and kept trying his best, we’d get him doing what he wanted to do. Fast forward 4 weeks, he had been coming consistently and was moving a lot better than Day 1. At that point, he had worked up adding 10lb plates on each side. After he did his first set of the day, he turned to me and said “Look Coach Whitney, I did it! I’m lifting heavy weights now!”. He said, “Thank you for helping me!”. Over that month, I was constantly telling him to trust me and help him get to what he wanted. And to see that smile on his face once he reached his goal, was priceless.

What motivated you to become an ATH coach?

Athletics and sports performance are in my blood. It’s what I’ve dedicated my whole life to so far. I’ve had coaches along the way that have shaped who I am as a person and what my mindset is during training. I’ve had coaches help me overcome obstacles in my life and I wanted to return the favor. I wanted to be that person for other athletes. So, when the opportunity presented itself to join the ATH family, I thought it was the perfect way for me to do that.

What is one piece of advice you would give athletes trying to excel to the next level?

It takes hard work and dedication. If you have any ounce of doubt in your mind, then it might not be right for you. It takes sacrifice. Sometimes you’ll have to miss out on hanging with friends because you need to train or you’re traveling for a game. But if it’s something you really want, go get it, don’t let anything stop you from chasing that dream. 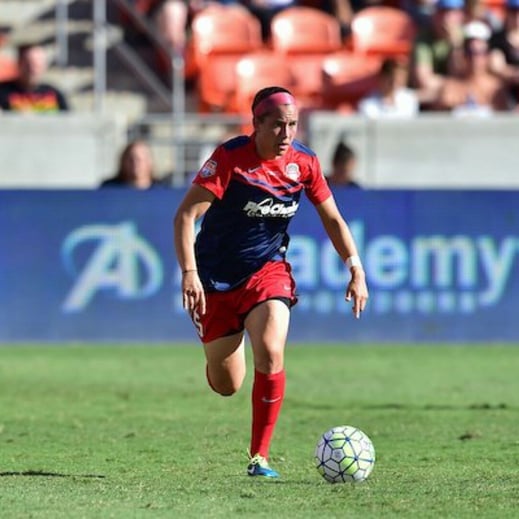 Where did you go to school or get your training?

I graduated from The Pennsylvania State University in 2015 with a Bachelor of Science in Kinesiology.

What is a quote or phrase you live by?

“The greatest pleasure in life is doing what people say you cannot do.” I love proving people wrong. You think I can’t do something, watch me. I’ll work toward it, figure out what I need to do and get it done. I like taking that underdog mentality.

How do you spend your time outside of ATH?

I really enjoy spending time outside, but only in the Fall and Winter, I’m still getting used to these crazy HOT Houston Springs and Summers. I also love to spend time in the kitchen. I love cooking and finding new recipes to try.

Who has impacted your coaching career?

I can’t say that there is one specific coach who has impacted me the most. I’ve had many coaches throughout my athletics career. Whether it was my sport-specific coach or my strength and conditioning coach, I’ve tried to learn and take things from all of them.

What was the biggest game-changer in your career?

Being able to be an intern with ATH in the summer of 2019 was a game-changer. After finishing up my professional soccer career I was in limbo. I was trying to figure out my next chapter in life when I was presented with this opportunity. Coming to ATH has given me direction again. It has given me an avenue to keep pursuing what I love to do.